HOW IT ALL BEGINS
When the hides are received they are inspected and the best ones are cut into straps. A slideshow picture shows a typical half side of the cow.  This disrupts my living room but Spike, my dog, shown below, loves to run and slide all over the hides.

The first sling I ever made was in 1983 and I would still be using it had my daughter not cut it up to make a belt for herself.  Yes, she is still living and I don't know what ever happened to that "belt!"

I have always been an avid shooter.  My first experience in competition was while in high school.  Can you believe that we had firearms in a public school and the range was located in the basement under the gym?  I served in the Army 1964-1966 in the Artillery.  In 1965 they shipped me to Viet Nam to serve with the First Calvary where we  cocked a lot of canons.

Competing with the South Carolina Rifle Team in the 80's was a great experience and I became state Secretary for the NRA Shooting Sports. 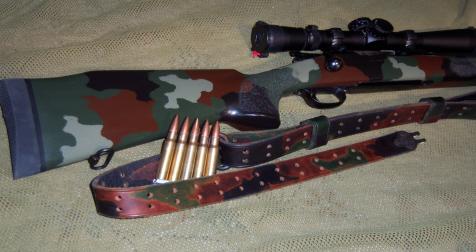 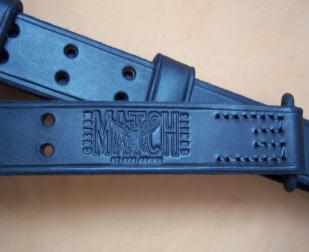 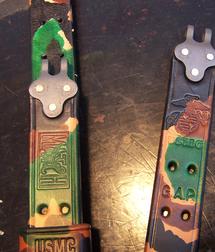